WATSON FOUNDATION PLAYS ITS PART IN SLEEP IN THE PARK 2018 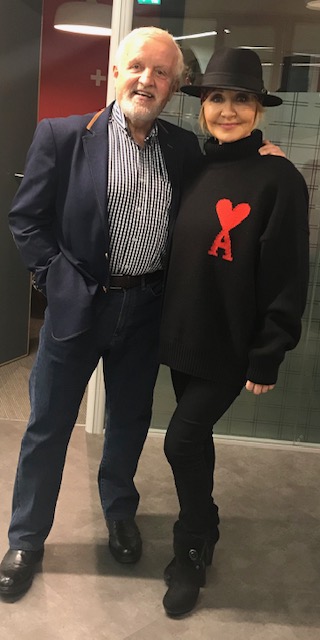 Fighting to end homelessness…… John and Lulu prior to the star going on stage.

The Watson Foundation was privileged to pay a leading part in the 2018 Sleep in the Park event held across Scotland’s four principal cities.

Thousands braved the wet and windy conditions to do their bit to eradicate homelessness in Scotland.

The Watson Foundation again helped to fund the event and John Watson OBE played an important role at the Edinburgh event by introducing Glasgow’s own Lulu who performed for the crowd.

The four events which also included sleep outs in Glasgow, Dundee and Edinburgh raised over £3 million to help the homeless.

John said: “The work of Social Bite led by Josh Littlejohn MBE and his team never fails to inspire. But by far the greatest praise has to go to those who slept out in the cold to raise awareness of the fight against  homelessness. I am sure it is a fight that one day will be one.”