THE WATSON FOUNDATION DOES ITS BIT FOR “SLEEP IN THE PARK” 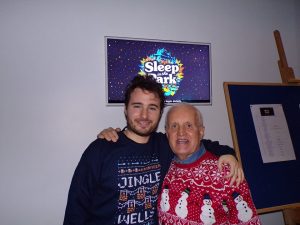 The Watson Foundation is delighted to have been one of the principal sponsors of Sleep in the Park which took place in the shadow of Edinburgh Castle.

The day of activity helped highlight the issue of homelessness and the need for all of us to lend a hand in defeating it. It is expected that more than £3 million will be raised.

The Watson Foundation is at the forefront of this effort with significant financial support for Social Bite.

The events were attended by John Watson OBE, founder of The Watson Foundation.

And in an unexpected development, Social Bite awarded The Watson Foundation a special plaque, lovingly hand crafted from wood to mark its support. It was presented by Bob Geldof KBE and collected by three of John’s four sons Sandy Watson, Finlay Watson and Gus Watson 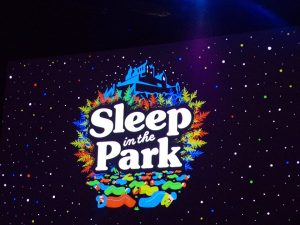 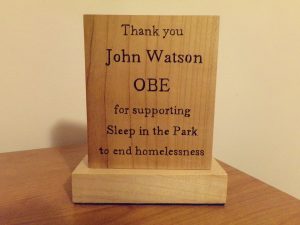